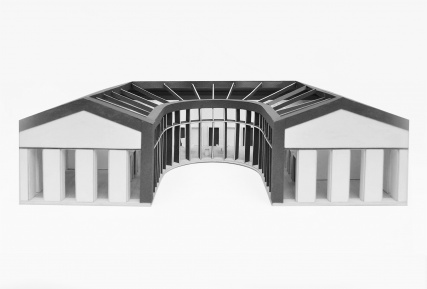 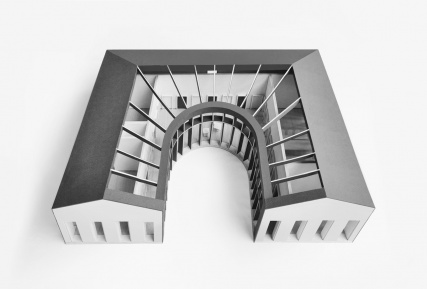 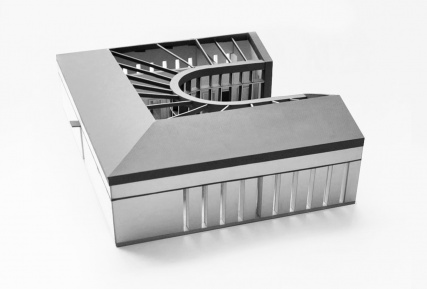 A house opening with a southern façade into a private courtyard. The northern facade of the house is practically blank. Thus, the house is fenced off from the public street and opens completely to the south side: 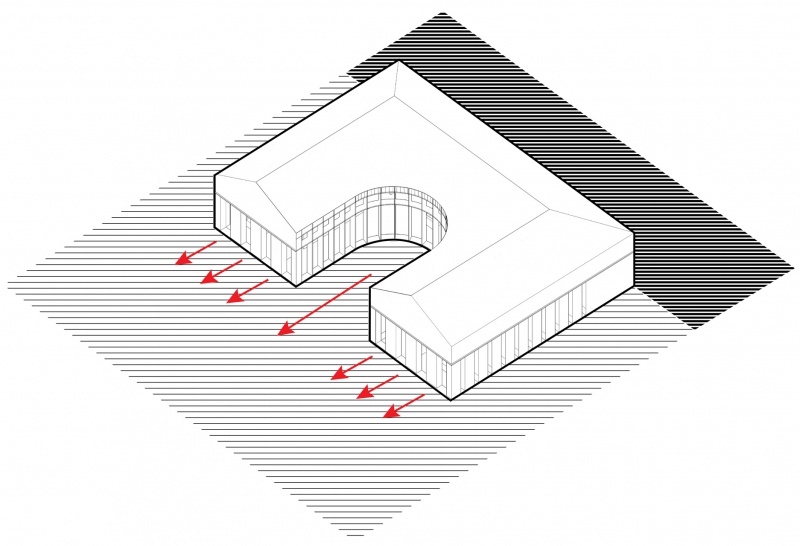 The entrance group is located on the north side, along the same wall all technical premises are located: a boiler room, dressing rooms, a storage room, and bathrooms.

The central core of the house is a multifunctional space centered around a courtyard. The courtyard is separated from the dining area and the library by a stained-glass window, which partially opens onto a terrace for relaxation. The shape of the house was born from its function and from the idea of organizing a private patio.

The main part of the house consists of two wings. The west wing has a more private function, it contains two bedrooms and bathrooms with dressing rooms, in the east wing there are public areas: a kitchen combined with a living room, and behind it a study-library. 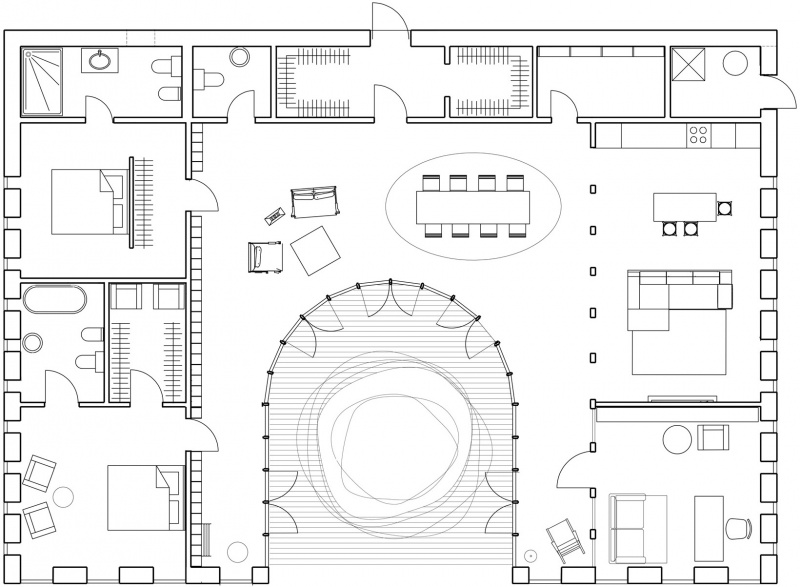 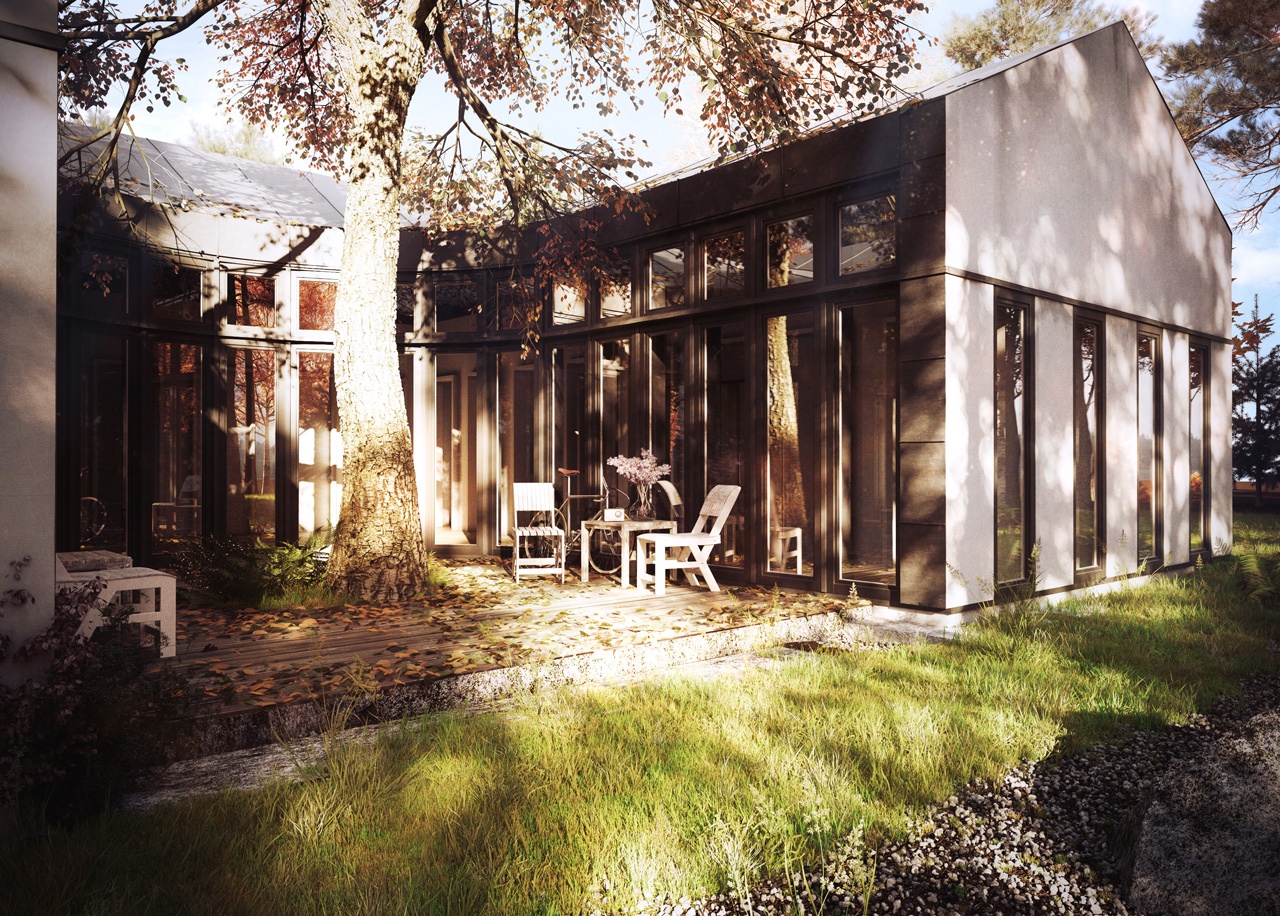 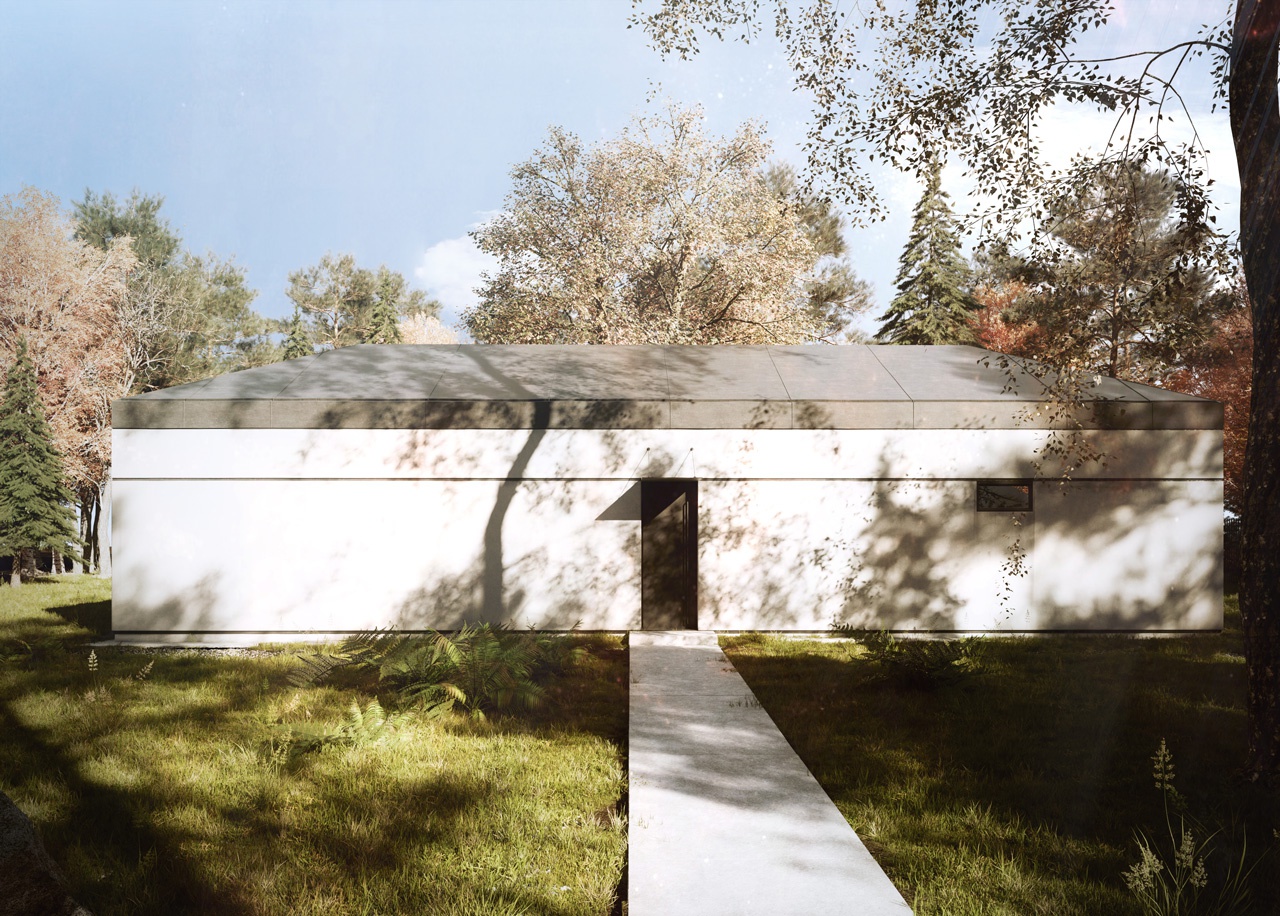 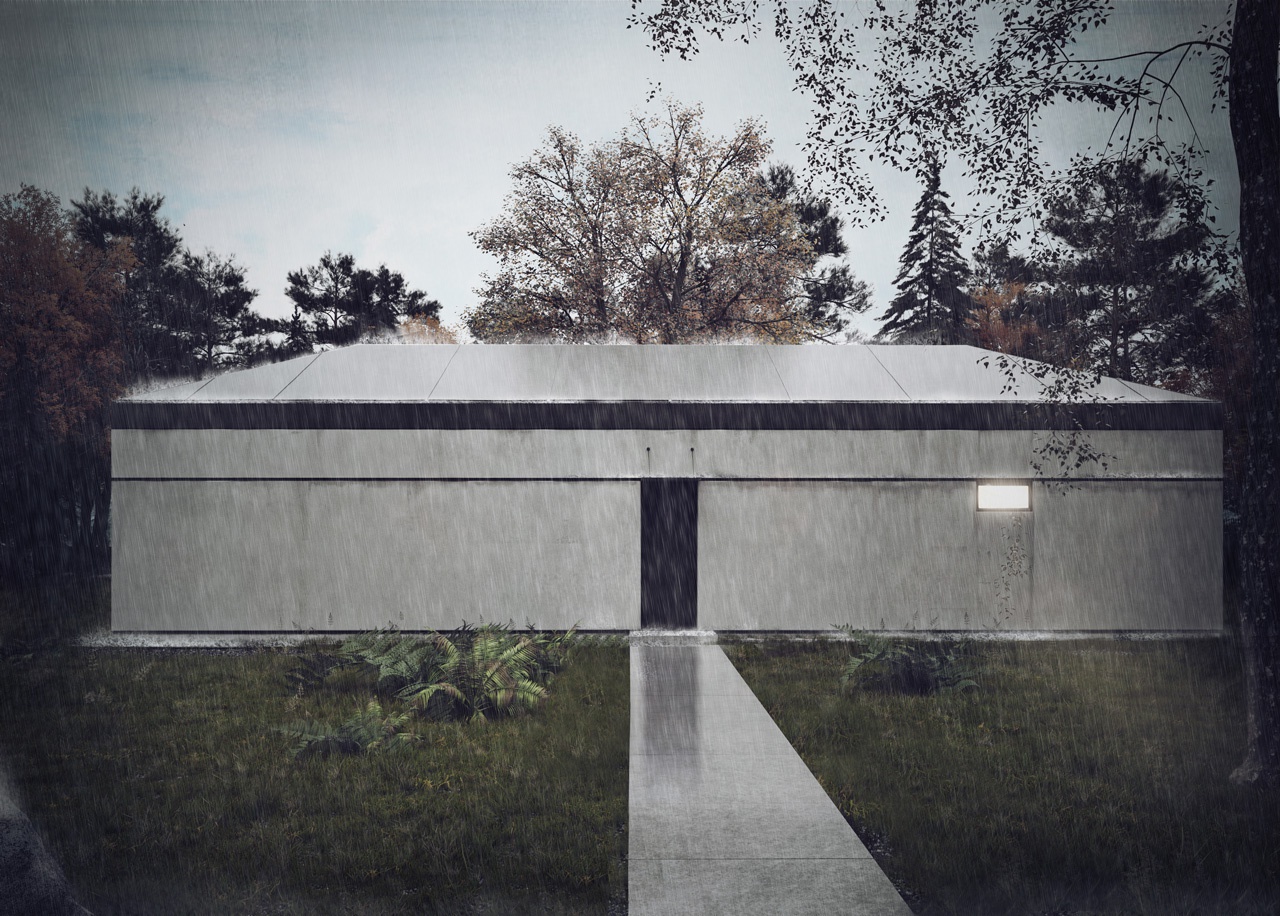